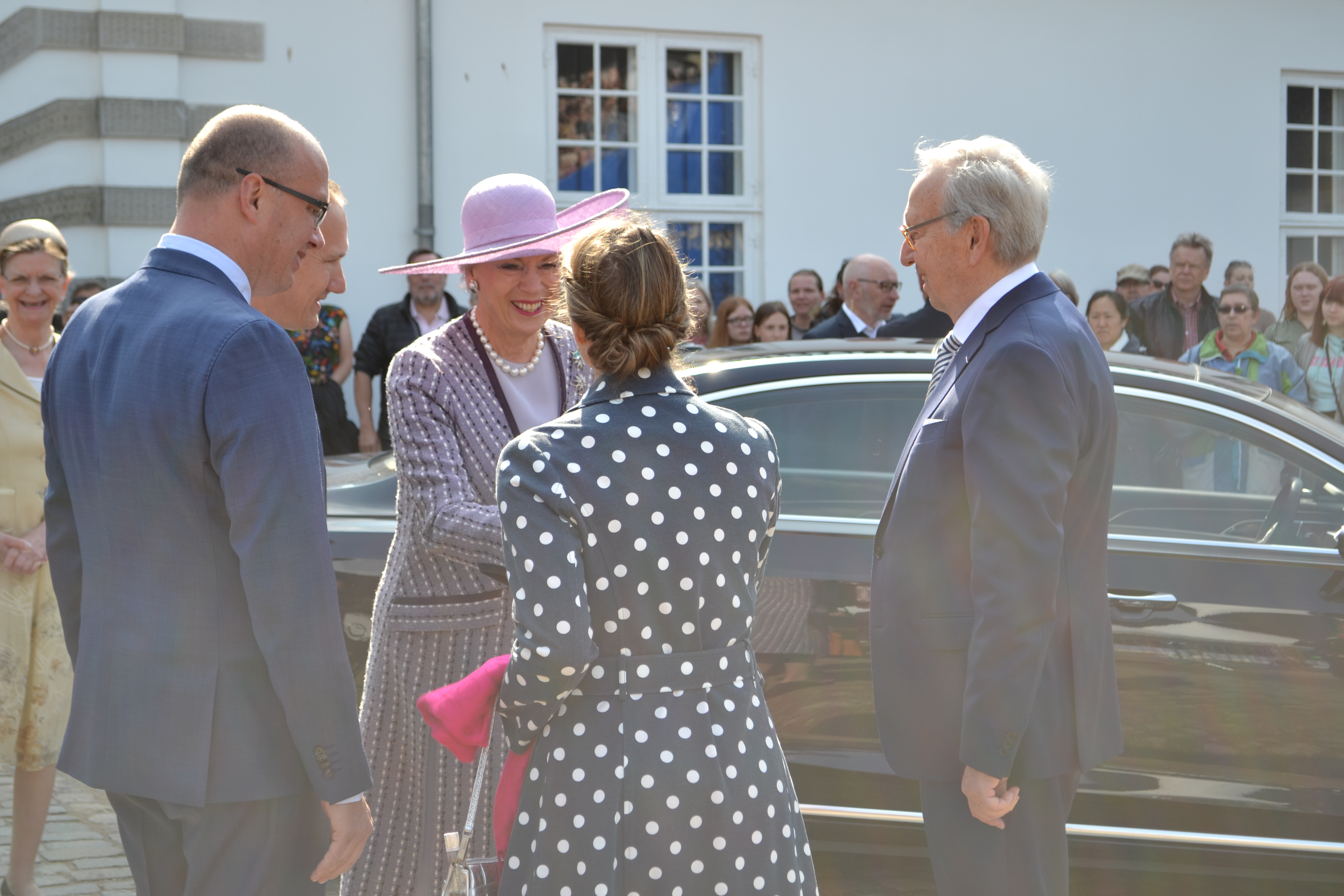 There was scout mood and horses from the Danish Warmblood around Koldinghus when Princess Benedikte came to Kolding on April 27 to mark the opening of the exhibition “Princess of the time” in connection with her 75th birthday.

The exhibition describes the princess’s life and affairs, and is seasoned with video clips where Benedikte in his own words tells of the things that matter in her life and work. Among other things, life as scout, and breeding of horses, as well as patronage in societal societies and organizations.

As an extra spice for the festive day, the Koldinghus Order was also presented, and created with the red robes is a special atmosphere around the horse show at Staldgården, and in the castle courtyard.

“Who are you”? – was probably the most asked question from the citizens and guests who had come up with a glimpse of the princess, who also had her two daughters, Alexandra and Nathalie as well as her grandson Ingrid.

And we got such a good opportunity to tell. “We are an order – but one of the fun of the kind”, we told time and time again, just as we got shared leaflets out describing the possibility of signing up for admission to the Koldinghus Order.