Ambassador for Koldinghus and Kolding! 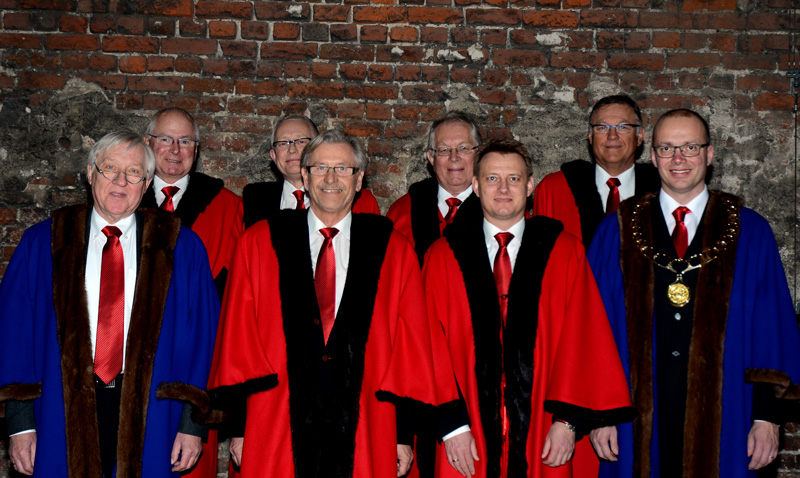 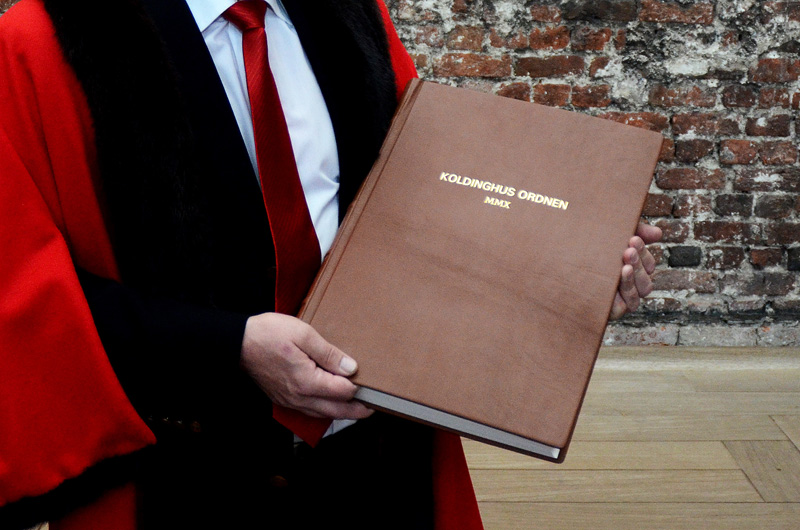 The history of the Koldinghus Order

At the beginning of 2010 the members of Lions Club Kolding discussed the possibility of establishing a guild, an order or something quite different with reference to promote Kolding and Koldinghus and at the same time also raise money for charity purposes. Kolding is certainly a smaller town in a global world, however they dared to think great and positive thoughts, and the idea was to make a kind of popular Kolding Movement. The idea was submitted to the Mayor and the manager of Koldinghus, and both assented to the idea. The ideas were ripened, and on 3rd March 2010 six members of Lions met to the first working meeting.

Many proposals to more or less imaginative names at the new association were brought up, before they agreed on the Koldinghus Order. Next there should be made a draft for the rules. It was not quite easy – they partly wanted to keep the wording at a little humorous level, and partly they also had to take care that the formalities were in order. They had to cast a sidelong glance at the statutes for many other similar associations and make many editing, before the first draft for the statutes was ready. During the process the Mayor Jørn Pedersen and the director at Koldinghus, Poul Dedenroth-Schou was involved.

And as it is even Kolding and Koldinghus that is the centre for the activities of the order, it was natural that the Mayor of the town and the manager of Koldinghus were born members of “The Power of the Order”, the management of The Koldinghus Order, which both accepted. The admission of new members of the order, which should be a principal part of the order’s activity, was thoroughly discussed in the committee. For inspiration to the gowns that the Power of the Order should wear at the admission ceremony photos were provided of the gowns that are worn at special occasions at the universities in England. Working out and design were left to The Royal Dressmaker’s workroom at Koldinghus. At an admirable way the Royal Workroom succeeded to make some gowns that suit all members of the Power of the Order, regardless of height and breadth. The gowns were designed with a fur border of mink. As mink in metres is very expensive, second-hand mink furs were bought in a good quality. The furs were cut in shreds and sewn at the gowns, which at this way were trimmed with real mink. Regarding the admission ceremony they got inspiration from many sources – just from the preparation for the American Constitution as to special ceremonies at an English chapel. The many different proposals were eagerly discussed and changed many times, before the first reading audition could be held. At this time the persons present quickly agreed that the instructor was much better to act than those that should do it. But finally – after a miserable final rehearsal the week before -The Koldinghus Order was officially founded on 20th December 2010.

In advance there had been sent innumerable mails and many meetings had been held. The working group has had many pieces of “Danish smørrebrød”, drink red wine and cups of coffee, before The Koldinghus Order was a reality.